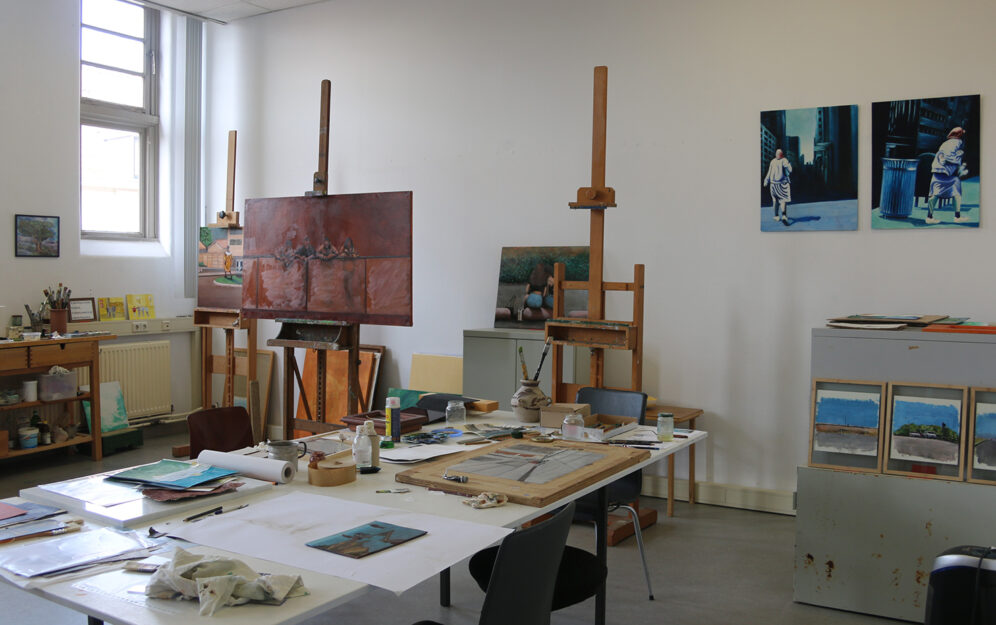 At the Utrecht School of the Arts in the Netherlands I was trained as a spatial designer. After graduating I started working in Mérida, Mexico, as a designer at Mexico Mágico, a new entertainment park that was being developed (1993). Later on I joined the muralists team on site in Cancún.
Back in the Netherlands (1995) I worked as a designer at an urban planning office in Rotterdam and a project developer at a housing association in Amsterdam. During these years I gained extensive experience in process management and conceptual, urban development. Craving for more creative and artistic growth, I decided to start as an independent designer and concept developer (2000). While freelancing I collaborated more and more with my partner, an urban designer. In 2007 we officially partnered up at Islant, our urban design studio. The projects we work on focus on routing and the upgrading of public spaces. We usually work with stakeholders and have developed methods to detect and revitalize ‘dear places’: specific places of interest in the collective memory of an urban network.
I worked on several cultural planning productions and founded a Festival on Industrial Culture in the Amsterdam Metropolitan Region, where I was creative director during three editions.

In the early nineties, when I joined the muralists team at Mexico Mágico I totally fell in love with colours and painting. Never before had I been happier! We literally painted everything in the park, from the facades to the trees! Unfortunately the park was shut down, getting us all fired. Back home in the Netherlands I returned to my design career and started working at an urban design studio. At night and during the weekends I painted.
During those years I participated with my paintings in several collective exhibitions in Mexico and the Netherlands and had two solos, one in Rotterdam and one in The Hague. After visiting a Spanish friend’s painting studio (late nineties) I was so impressed by his use of colours that I decided to abandon acrylics and dedicate myself to learn the secrets of oil painting. I started making my own paints and studied traditional painting techniques. It caused a complete shift in my way of working. I made new pieces, but for years I wasn’t painting in a consistent way and never had any shows.

During the last twenty years I continued working as an urban design professional and as a cultural producer. I did graphic design jobs, initiated grass roots urban projects, wrote two books and oh yes, became a mother of two boys.
But in between all my occupations the urge to paint was always there!
Only recently I started focussing more and more on my painting practice. It kicked off when I worked as a visiting artist in the Kunstgenieloods in 2020. And since the beginning of 2021 I am working in a fantastic studio in Zaltbommel, where I participate in Kunstrondje Zaltbommel. September 2021 I had my first solo exhibition with my paintings since the nineties, in cultural centre De Poorterij, Zaltbommel.

To me painting is like magic. I look at the world through a ‘paint filter’, always wondering how I would picture the things I see on canvas. Being able to visualize and (re)create scenes with only shades and colours never ceases to amaze me. To create the images I have in mind I use all techniques available to me. I prefer to work with oil paints and traditional techniques but I also enjoy mixing media and use contemporary techniques like (digital)collages and photography as part of my artistic process.

The themes I choose for my paintings are usually scenes from ordinary daily life. I am a voyeur, I like to observe people and places. I collect images from the places I visit, the journeys I make. My head is like a huge archive filled with images. I use these images to create my paintings about contemporary life. Making unsolicited portraits of people in the places where they live their lives.

Sometimes an image strikes me for a certain kind of atmosphere, a special colour or lightning effect. Or sometimes it is the contrast of human life in a desolate (urban) landscape. My paintings show how humans relate to the spaces that surround them. Or how impossible it can be to relate to those spaces at all. Thus addressing and questioning the way we build our cities and societies. And addressing the existential solitude that most of us experience at some point in our lives. I also want to show the intimacy that some of us are able to create anywhere and show compassion for those who lack that resilience.

And sometimes I simply seek the joy of creating; painting a bird or a portrait. Offering comfort by showing the beauty that is present in all things around us.